Each Wednesday afternoon for an hour, the haggard doctors of Tansen hospital, foreign and Nepali both, drift out from the wards and meet on the tennis court for a fanatic game of left-handed stick, court hockey.  The left-handed stick part isn’t actually a part of the game, it is just what seems around.  The game is called salou (like the town in Spain I guess) and comes with a great back story. 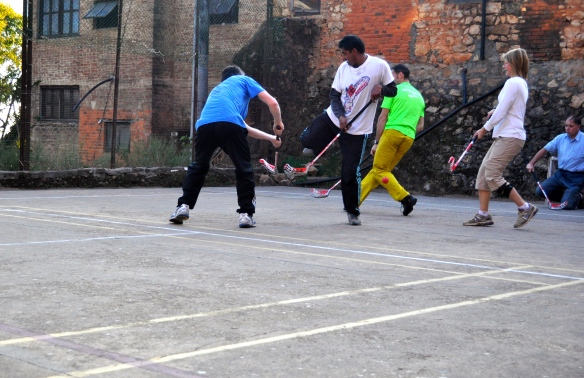 Rumor has it that 13 years ago the PE teacher, and seemingly stir crazy spouse, of a Finnish doctor started the weekly game as a way to blow off some stress from the hospital and to get the whole hospital community doing something un-hospital related.  He has long since left Nepal, but rallies his church in Finland every four years to donate a batch of a dozen or so sticks.  Which come to think of it is why the sticks are all left-handers.  I’m guessing the more stick for the buck or Finnish marks.  Anyway, over a decade later and the game still continues each wednesday afternoon. 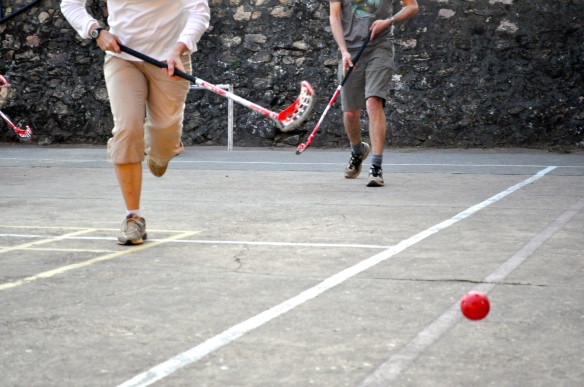 The strategy of releasing the doctor’s inner beast seems to have worked.  The weekly salou tradition is still going strong and over time has come to include spouse and other hospital staff, and even a ‘kids salou’ hour following the adult hour. 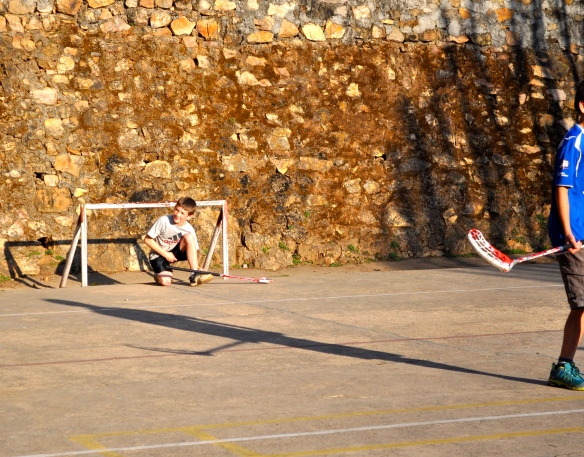 The game gets quite intense, with shouting in a variety of languages.  It is played in tournament style, but not overly competitive.  Over the years it has hosted a number of injuries, twisted ankles, cuts and bruises and most recently double arm fractures. 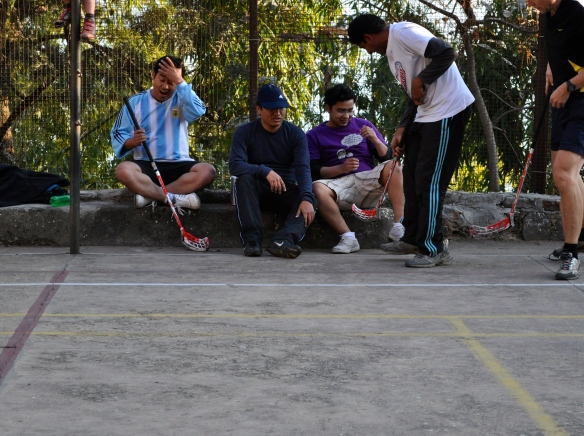 Salou has become a highlight in our weeks here in Tansen, especially for our five-year old son, who thinks there is nothing better than hitting things with sticks.  We have remained injury free and are enjoying the chance to get to know our colleagues and neighbors outside the hospital. 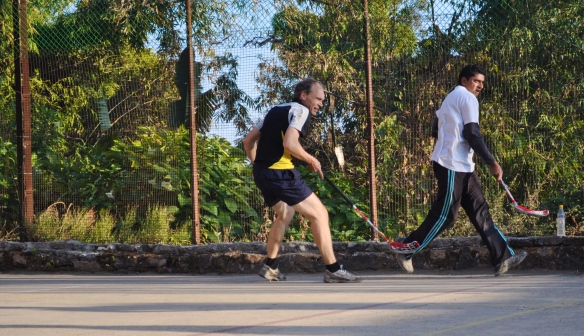 2 thoughts on “The Legend of Salou”